Easy Living is the debut film by two young Italian directors, Orso and Peter Miyakawa. The film is set in a small seaside town on the border between France and Italy. The unlikely heroes of this comedy are Don, a bizarre American tennis teacher who dreams of being a painter, and Camilla, a college student who smuggles medicines, alcohol and cigarettes across the border with her teenage brother Brando. His naive, spontaneous and adventurous way of looking at things becomes the point of view of the story. Their lives are turned upside down when they come across Elvis, an illegal migrant, and devise an absurd plan to help him cross the border to meet up with his wife in Paris. They are not driven by charity but by friendship. Easy Living is a melancholic coming-of-age comedy in which the dramatic, contemporary reality of migrants is filtered through the eyes of a child and turned into an adventure. The film speaks with ingenuity and freshness about migrants’ problems without forcing itself into drama.

A winner at the 2021 Toronto Film Festival and Indonesia’s nominee for the Best International Film Oscar, Yuni is the third feature film by Indonesian director Kamila Andini. It is a rare example of a film in Southeast Asia directed by a woman.
Yuni is a teenage girl, and she is smart and has big dreams of attending university. When two men she barely knows ask to marry her, she rejects their proposals, sparking gossip based on a myth that a woman who rejects three proposals will never marry. The pressure is building, when a third man asks for her hand, and Yuni must choose between a supposed final chance of marriage and her dream of future happiness.
In Yuni, Kamila Andini continues her impressive run of social dramas with a thought-provoking portrait of a teenage girl facing the prospect of arranged marriage. The role earned Arawinda Kirana the Best Actress award at the Indonesian Film Festival 2021.

The event is over. You can have a glimpse of it through the videos and images below. 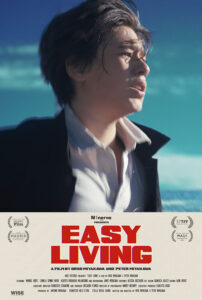